This project proposed to explore the role of perception by exposing the blurred space between three-dimensional form and two-dimensional representation. Using a large scale physical model (a sectional occupiable façade) and digital projection as media, the installation encouraged the questioning of where enclosure exists and how the notion of it might be altered through solid, surface, and projected outline.

Poche and Projection continues a body of research which studies the capacity of façades to communicate through the use of two dimensional mapping on complex formal surfaces. The methodologies developed in that thesis were refinedthrough professional work and through a series of media and representation courses which used the modified façade as a framework for teaching digital design tools and for exploring the relationship between representation and spatial designation. In each case, the work began with recognition of how perception is critical to our understanding and how representation of 2D verses 3D is subject to mischievous manipulation. 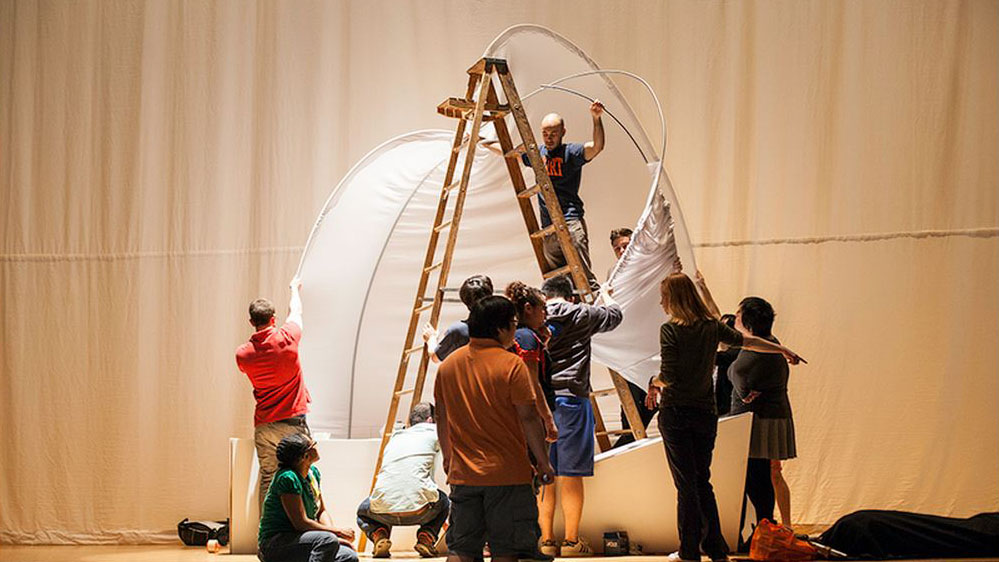 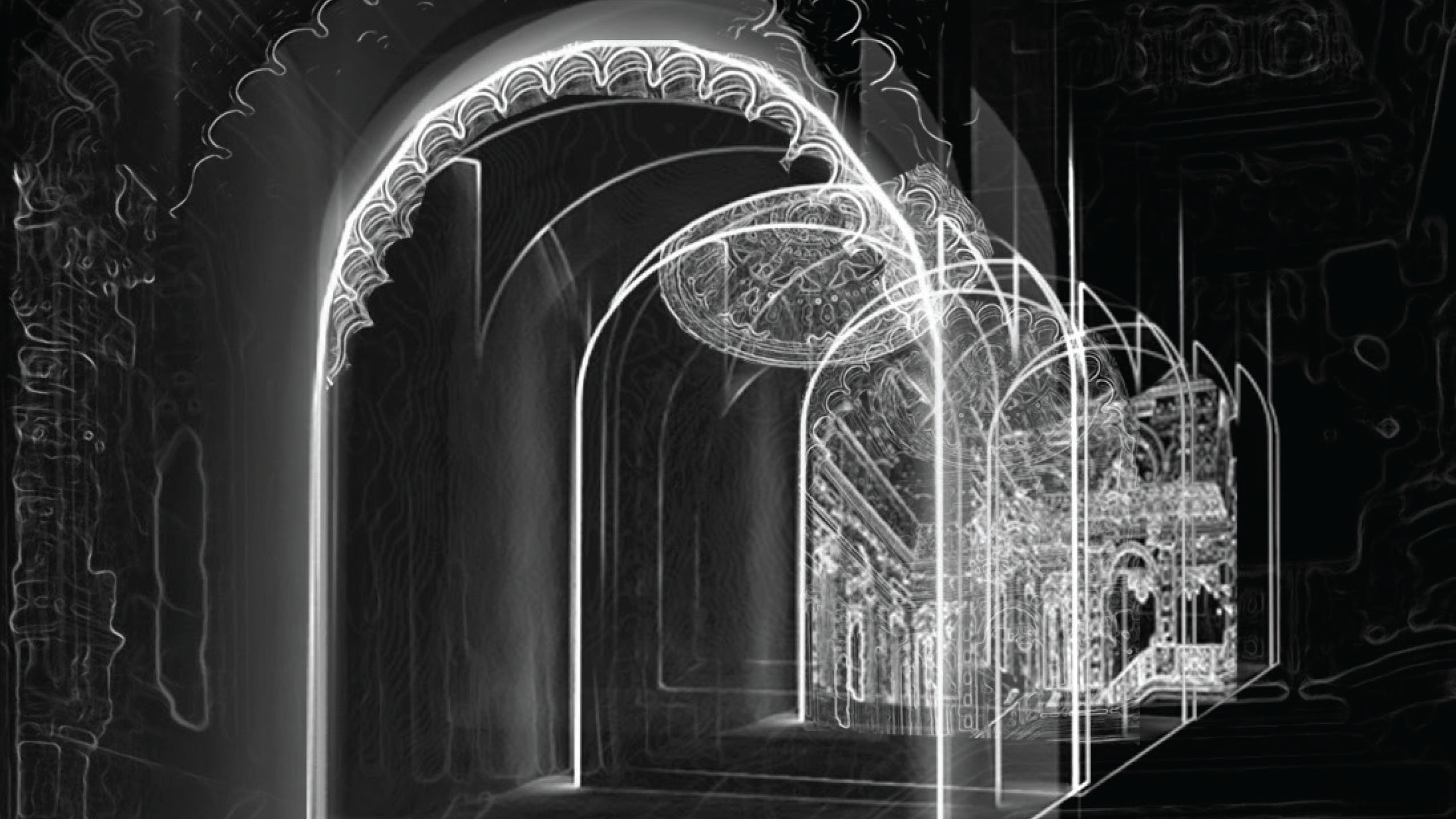 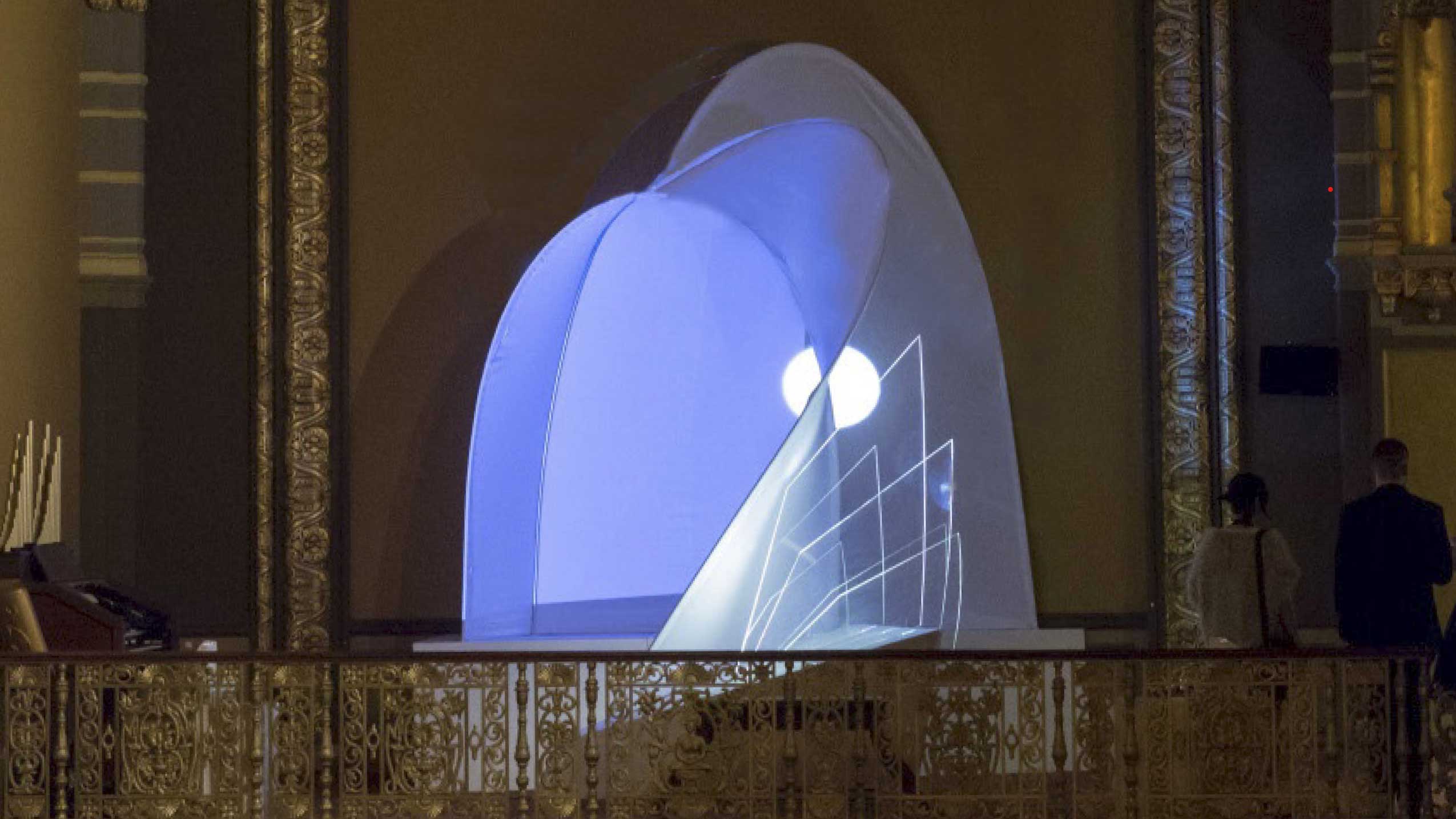